How to Remove a Stubborn Stripped Bolt 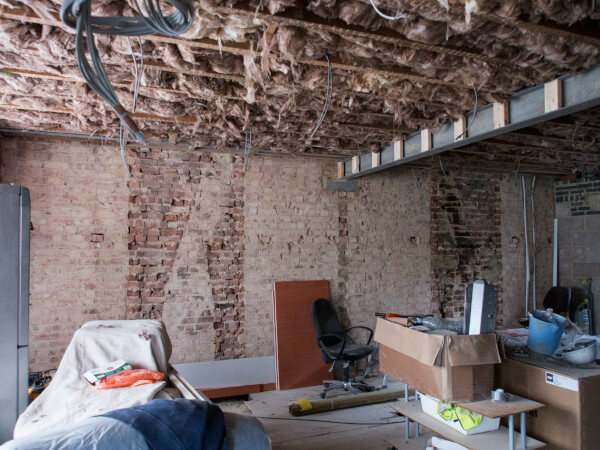 Here are some methods to help you remove a worn, rusty bolt (even if it’s broken!)

You could be working on an old lawn mower, a washing machine, or maybe you’ve begun restoring a classic little red wagon. At some point in a do-it-yourselfer’s career, you will find yourself staring at a bolt whose head or nut is rusted in place, rounded off, or, in the worst-case scenario, the bolt itself is broken off below the surface.

But wait! Before launching your wrench into the neighbor’s bushes, there are ways to remove that stripped or broken bolt. Please read on.

How to Remove a Rusted Bolt

Rusty bolts are a common sight, especially for those who spend their working days outdoors. The heads on machine bolts can get oxidized to the point where you can’t tell they’re there. The nuts securing carriage bolts can rust, too, making it impossible to remove them.

The rust can freeze the bolt in place or degrade the shape of the bolt head or the nut holding the bolt. If you try to back the bolt or nut out with a wrench, the wrench won’t grip the hex head, making it difficult (if not impossible) to remove.

The first thing to do is spray the bolt with penetrating oil. (If you go to an auto parts store, you’ll find a variety to choose from in spray cans or bottles (Blaster, WD-40, Liquid Wrench, etc.).Douse the afflicted bolt with the penetrating oil and let it sit for as long as the directions indicate. Try to loosen the bolt with the socket wrench.If the bolt is threaded into an assembly and doesn’t move, tap the side of the head with a hammer. It’s important not to damage the shape of the hex head, so if the wrench is slipping, go with another oil application.If the bolt head or nut is rusted and won’t turn, spray with penetrating oil, wait, and use the correct size wrench to loosen it. Again, if the head or nut is too oxidized, the wrench may not be able to engage the shape and slip.Grab a pair of locking pliers (aka vice grips) and adjust the tension to firmly clamp and loosen the head or nut.

In the case of a rusted nut, the last chance of removal is to saw it off. Fit it with a metal cutting blade if you have an oscillating multi-tool or a reciprocating saw. (A slower, but by no means less effective, the method uses a hacksaw.) You can cut the sides off the nut or cut across the base, right through the bolt.

There’s always an opportunity to spend money on tools, and bolt removal is no exception. If you have more than a couple of rusted bolts in your life, then you might want to invest in a bolt extractor set. They range in price from $25 to more than $200 and feature specially designed sockets that grip rusted bolt heads so they can be removed.

How to Remove a Broken Bolt

Occasionally, the head snaps off when you attempt to remove a rusted bolt, leaving the decapitated body inside the threads. There are a couple of removal options. The first is to drill it out.

Find a drill bit that’s smaller than the diameter of the bolt.Use a center punch to make a starting point in the center of the bolt, then begin to slowly drill down into the bolt, using a machine oil like 3-in-one to lubricate the bit. Be careful not to damage the assembly’s threads, or you’ll have difficulty installing a new bolt.An easier way to extract a broken bolt is to use a bolt extractor that resembles a coarse threaded screw. A set of bolt extractor screws can be purchased for about $10.The screws come in various diameters and have left-handed threads. To use one, you’ll need to begin the process of drilling out the bolt as previously described, but you only need to drill down enough to give the bolt extractor purchase on the bolt. Spray a bit of penetrating oil onto the bolt. With a hammer, tap the extractor into the hole until it’s firmly seated, then use a pair of pliers or a wrench to turn the extractor counterclockwise, and the bolt should back out.

Did you miss our previous article…
https://www.healthyhomewisconsin.com/?p=1803 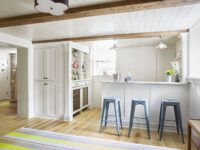 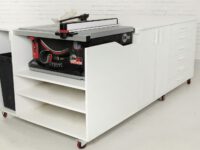