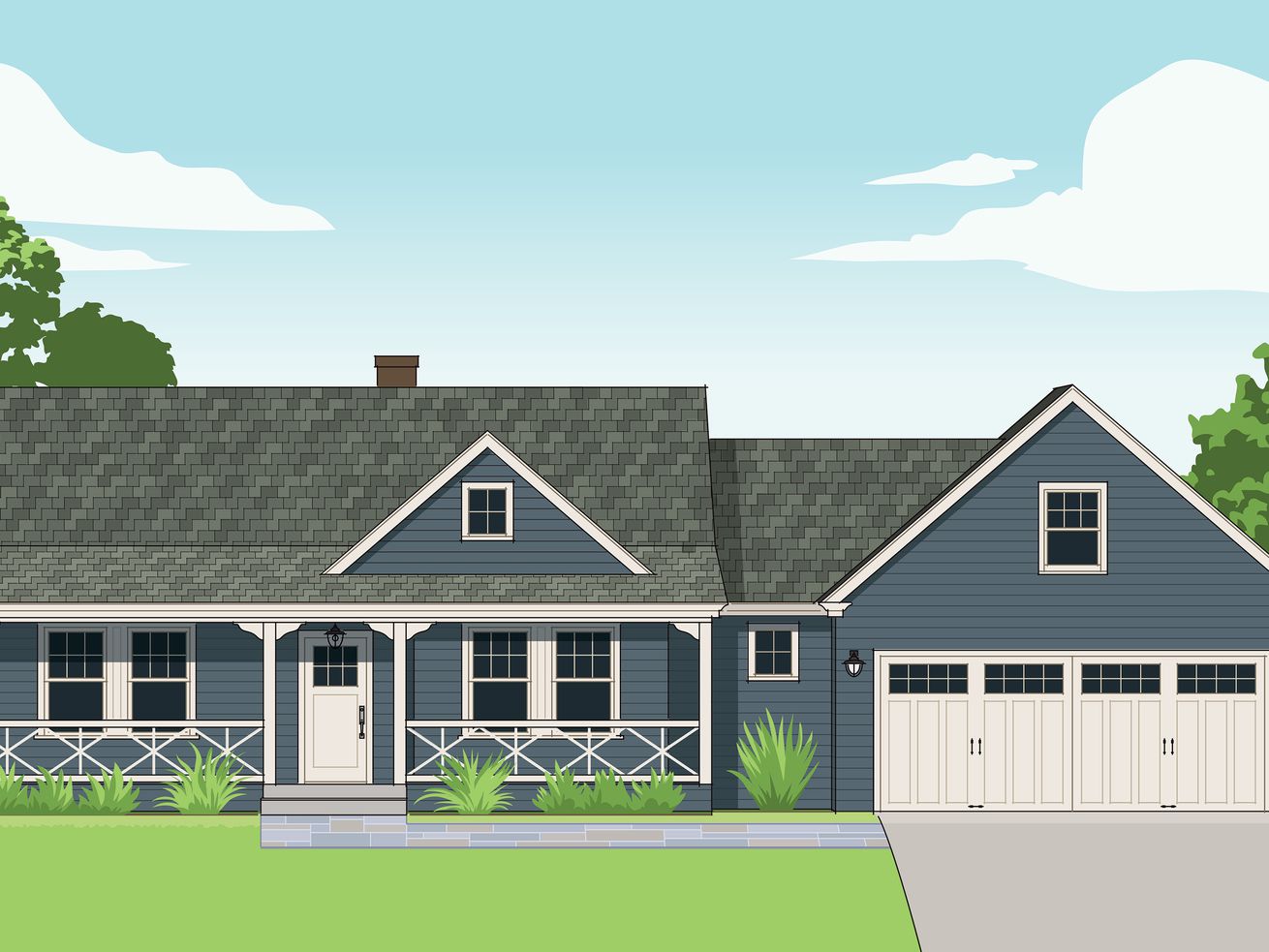 With a full-width front porch, a new two-story garage, and a fresh color palette, architect Jeff Troyer gives a 1953 Cape the upgraded look and function it deserves.

This article appeared in the Fall 2021 issue of This Old House Magazine. Click here to learn how to subscribe

Shown above: To give the house a traditional look and soften the existing gable, Troyer added a front porch. A new garage provides living space upstairs and a mudroom downstairs. A second gable over the rebuilt garage balances the original one placed over the entry. 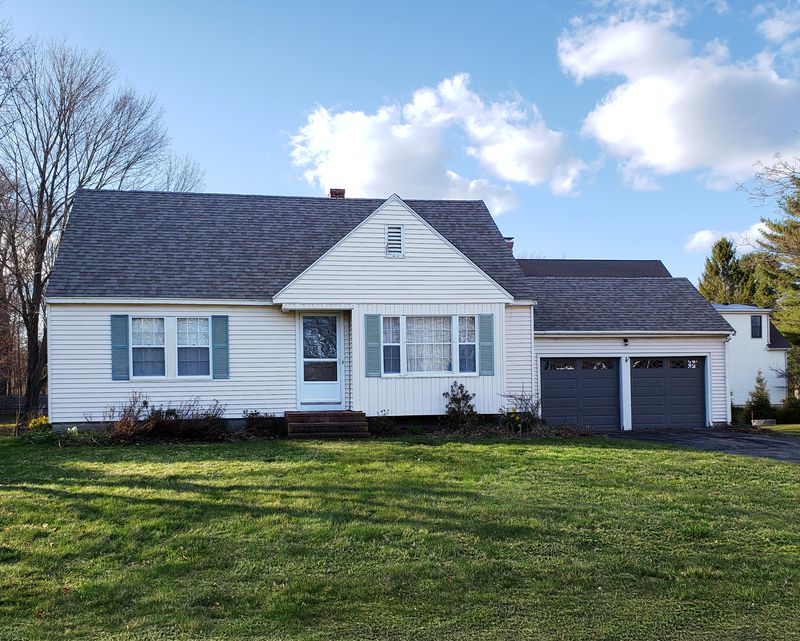 Before: The homeowner’s Cape, built by her father, has a flat facade dominated by a large front gable.My house is not your classic Cape Cod,” says Joan Beaulieu of her home in Rye, NH, built by her father, a general contractor, in 1953. “With the bumpout in front, it just looks out of proportion to me. I’d like to keep it in the family, but it needs an update.” On her wish list: replacing the windows, doors, and siding, as well as the rickety garage, ideally adding a room upstairs for family gatherings. We turned to Los Angeles architect Jeff Troyer for ideas to give her home more appeal.

First up: He would add a full-width front porch with a roof that gently slopes out from the main roofline. “This incorporates the existing gable bumpout for a more traditional Cape Cod look,” he says. Corbels, a painted railing, and double-hung wood windows add another layer of detail. The new garage repeats the gable and holds a family room that expands the house upstairs, with a mudroom connector below.

“I love the clean, current, classic look, and the way the porch softens the front gable,” says Joan. “It’s beautiful! I would definitely consider moving in this direction.”

Details in the Home

Right: This updated caged design is made of solid brass with an oil-rubbed bronze finish. Pacifica Lantern, $799; Rejuvenation

Right: Dual glazing with low-e coating and aluminum cladding stand up to the elements. Signature Ultimate double-hung, from $660; Marvin

Thumb-Latch Handleset and a Carriage Door

What Makes it a Cape-Style House?

The earliest Cape Cod–style houses were built by Puritans in New England; the snug, one-story homes were designed to withstand the harsh environment. Many of their signature features still remain popular today.

The Cape’s steeply pitched, side-gabled roof was designed to shed ice and snow. In the 19th century, dormer windows appeared on the second floor to add light and space. Historical Capes were clad in long-lasting cedar shingles, sometimes with clapboards on the facade. Working wood shutters kept out frigid winter winds.

Shutters are an important feature of a Cape that need to be sized appropriately. Each shutter should be half the width of the window it is meant to cover. “I skipped shutters on the double front windows of this design,” Troyer says of the house at left. “Given historically accurate proportions, they would have been way too wide. Tiny shutters flanking a wide picture window are a pet peeve of mine!”

A central chimney is common in early Cape Cod–style houses. This allowed for a fireplace in each room that connected to a single chimney stack. Over time, as other methods of heating were introduced, the fireplaces were often relegated to the gable ends.

“I love the original true divided-light windows,” Troyer says. Early mouth-blown glass resulted in very wavy lights. “You can tell an old house by the distortion in the windowpanes,” he adds. “The more distortion, the older the house.”